on August 07, 2013
If you do not follow Kenya's news and social scene very closely, you may at some point wonder at the origin of the word 'Bonoko'. The word has been widely in use on the Kenyan social scene since 2007. 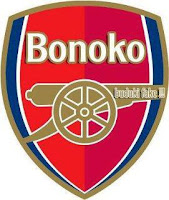 Origin of the word 'Bonoko'


The widespread use of the word can be traced back to a June 2007 television interview when a street urchin known as Francis Kimani Maina (aka James Kangethe 'Tete' Kimani) gave to a Kenya Television Network (KTN) TV reporter. At the time, James (15 at the time) was sleeping at the Globe Roundabout when he heard the sound of a fracas. It was city council askaris (local police) on duty. A friend, who happened to be a 'mutura' (African/offal/blood sausage) and soup vendor at Ngara market, was urinating when he saw the askaris. Urinating in the open is against the Nairobi city bylaws and his friend, therefore, decided to take to his heels to avoid arrest. Unfortunately, he ran straight in the direction of waiting policemen who promptly shot him dead. According to James, the police 'planted' a fake gun on his friend and accused him of being a hardcore criminal. He described the fake gun as a 'bonoko'. Kenyan DJ Styles took the interview and with some creative addition of beats and mixing created the song now popularly known as 'Bonoko'. The song went viral on YouTube in Kenya.

Emerging Uses of the Word

The 'sheng' (Swahili slang) word 'Bonoko' originally referred to a fake gun. However, it is now used loosely to refer to anything fake. For example, someone may say, 'wewe ni bonoko' which would translate to 'you are a fake person'.

Fortunes of the Originator

In 2011, Nairobi's Ghetto Radio offered Francis a radio presenter position. He underwent training, was formally employed and goes by the stage name 'Bonoko'.