How to Know if you have HIV 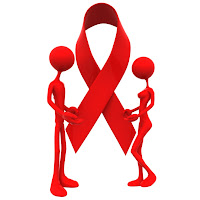 There are various early signs of HIV which can lead you to suspect that you are infected. These signs are medically referred to as Acute HIV Infection (Primary Infection) and will typically manifest 2 - 4 weeks after infection.The large majority of individuals will exhibit these symptoms but many people ignore them because the symptoms tend to be similar to a flu.

2-4 weeks after exposure to the HIV virus either through unprotected sex or other means, the large majority of individuals will come down with an illness that resembles a bad flu. Many people usually describe it as the  'worst cold you have ever had'. Typical (most common) symptoms include:


Less commonly, symptoms may also include:
According to the New England Journal of Medicine, these symptoms "may last from a few days to more than 10 weeks, but the duration is usually less than 14 days".

If you have had unprotected sex or you have been exposed in some other way such as handling raw human blood or been pricked by an un-sterile hypodermic needle used on another person, you have good reason to suspect that you are HIV positive. You should immediately visit a medical facility and get tested. Tell the medical attendants about your likely exposure and the symptoms you are experiencing.

If you happen to be infected, there are benefits to early detection. A News report in the New Scientist Magazine on 20th March 2013 reported that Dr Asier Sáez-Cirión of the Pasteur Institute in Paris "analysed 70 people with HIV who had been treated with three antiretroviral drugs (ARVs) between 35 days and 10 weeks after infection. The analysis revealed that 14 patients – four women and 10 men – were able to stay off Anti Retrovirals without relapsing, after initially taking the drugs for about 3 years".

Further,  according to the Centers for Disease Control and Prevention, "early treatment of infected persons substantially reduces their risk of transmitting HIV to others".

Leading causes of death in Kenya