How to Vote in Kenya While Abroad | Diaspora Voter Registration

on March 17, 2016
The Kenyan Independent Electoral and Boundaries Commission (IEBC) recently adopted a new policy that sets out the framework for diaspora voter registration and voting as well as the criteria for setting up of polling stations where Kenyans can vote abroad.

The policy comes against the backdrop of the 2014 Supreme Court ruling on the progressive realization of the democratic rights of Kenyan citizens who reside outside the country as stipulated in the 2010 Constitution. The Court directed the IEBC to: 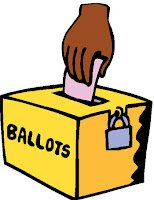 This is a welcome move for Kenyans in the Diaspora who have been clamoring to vote in the 2017 General Election. The policy proposes that they will only vote for President and in a referendum, and not all the elective positions.

The Policy recognizes the challenge of establishing the actual number of Kenyans living abroad or their locations because many do not register with the missions. The decision on the number and countries where polling stations will be set up will be based on the number of those who express interest in registering as voters.

The policy sets a minimum of 3,000 registered Kenyan citizens per county and the existence of
a Kenyan diplomatic mission or consulate as some of the criteria to be used in determining the provision of electoral services.

Diaspora Kenyans will cast their vote individually at the same time as the voters back at home.

The Commission expects the government to provide facilitation through a multi-sectoral agency to enable it to carry out voter education, registration, and polling for Kenyan Diaspora.

The details of all the stages of the exercise, including the polling centers, vote tallying and transmission will be gazetted and governed by a Kenyan law.

Mapping of Kenyan citizens residing outside Kenya for the purpose of diaspora voter Registration & voting has been ongoing. Registration of persons living outside of Kenya (diaspora) was conducted from 20th February to 6th March 2017.  However, those registered will only be allowed to vote for president.