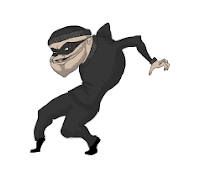 These are the crime hotspots in Nairobi according to the Kenya Police.